While working on the Library map collection Library staff discovered this 1842 Map of India, the oldest map in the collection. 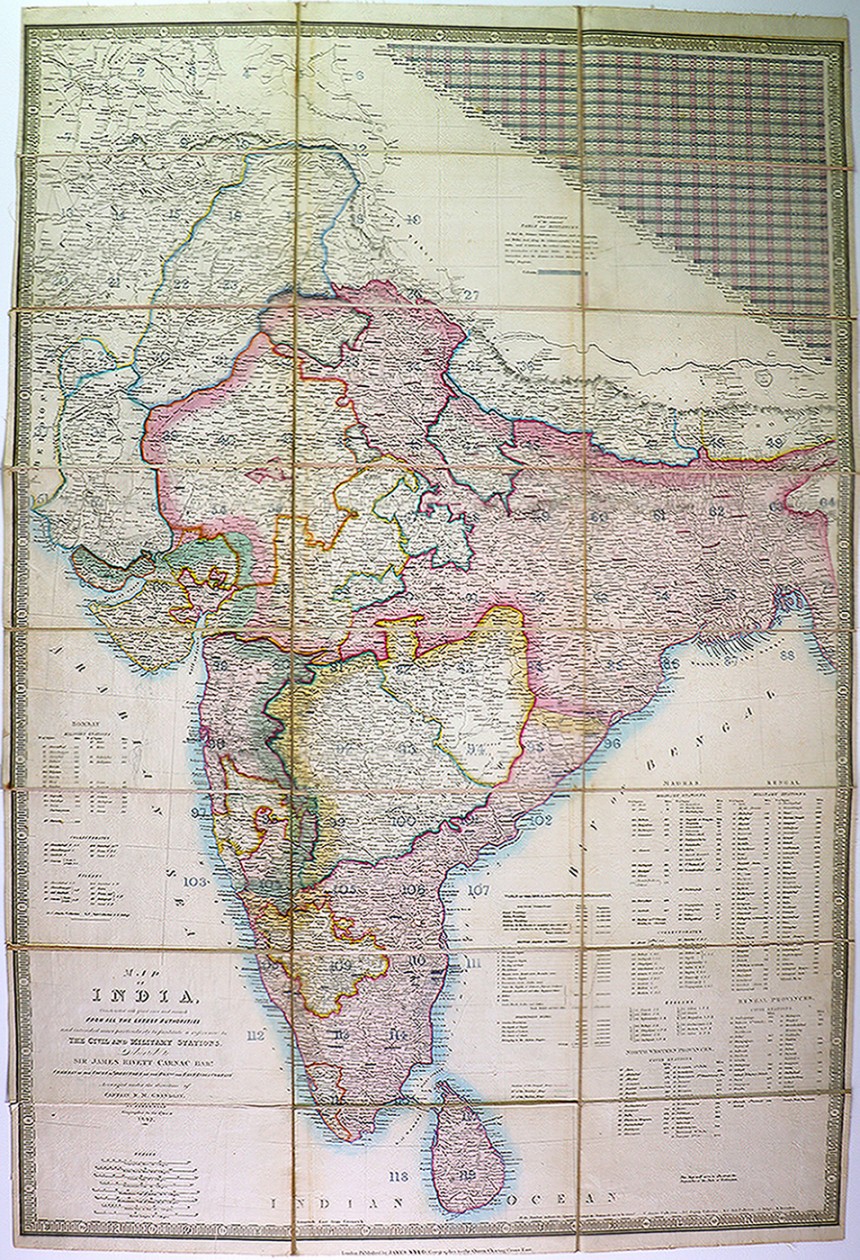 Geographer to the Crown

The map of India was published by James Wyld (1812-1887) prolific publisher of maps and guides and official geographer to the Crown (Queen Victoria and Prince Albert). Wyld was the second generation of the Wyld cartography family, the son of James Wyld senior (1790-1836) who introduced lithography into map printing.

James Wyld published several similar maps of India during the 1840s and 1850s. These maps record the territorial and population changes taking place in India, the ‘jewel in the crown’, during the last decades of East India Company administration before the establishment of direct British Crown rule in 1858.

India on a map

This single document, measuring just shy of 1 metre by 67cm, is a neatly packaged ready reference tool, containing the vital statistics on the Indian territories and independent states of 1842. The map not only depicts the British civil and military stations, as well as the collectorates and zillahs (districts into which provinces were divided for administrative purposes) but also includes a table of the area (in British square miles) and population of the British territories, allies and tributaries as well as the independent states, together with a comprehensive table of distances. 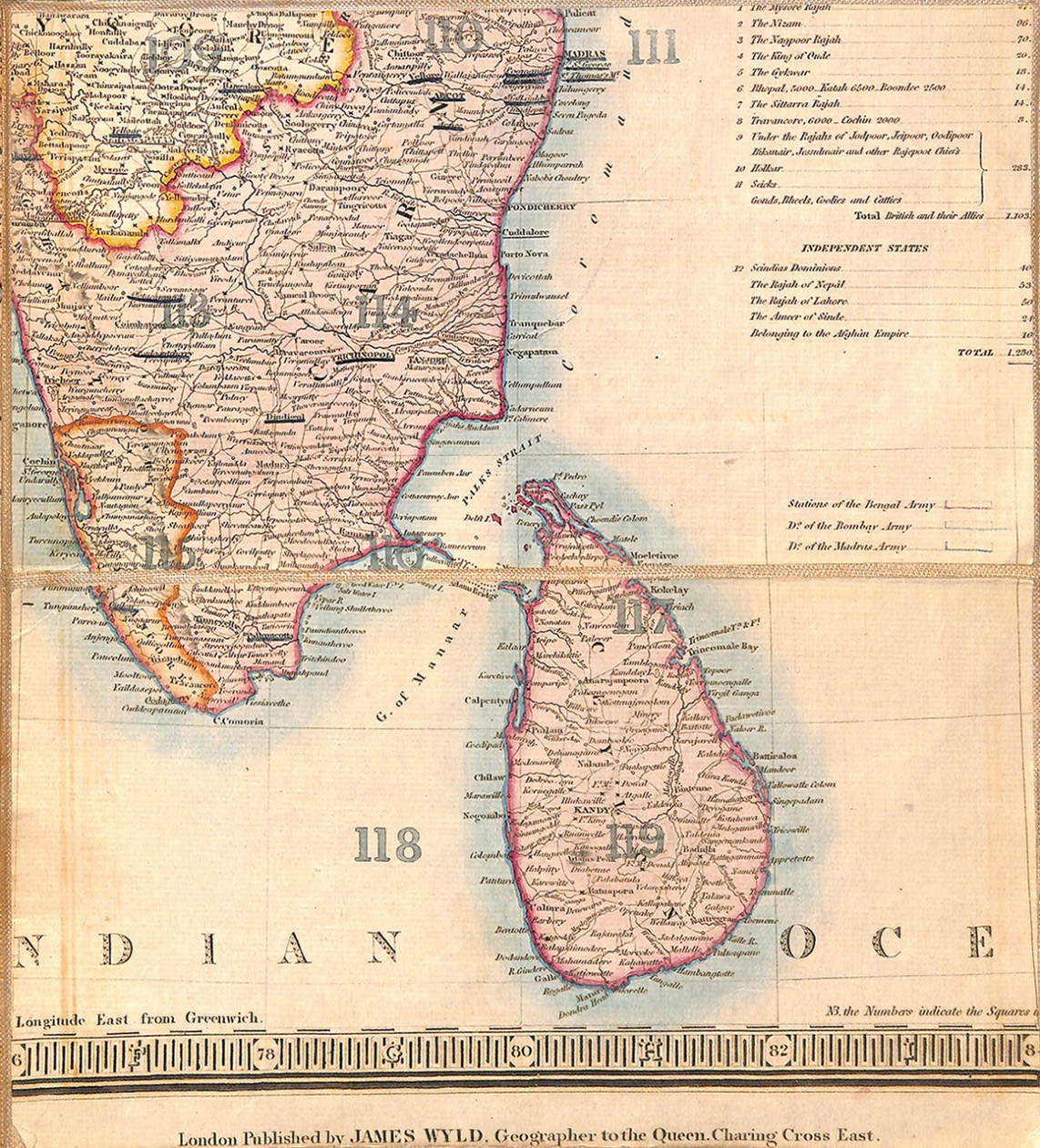 Colour tinting was applied by hand to the map after printing.

This particular copy of the Wyld map of India is in very sound condition. The process of dissection and mounting of the printed map on linen has prevented tearing on the folds, and together with the protection of the original binder or case has ensured it’s survival for 175 years. 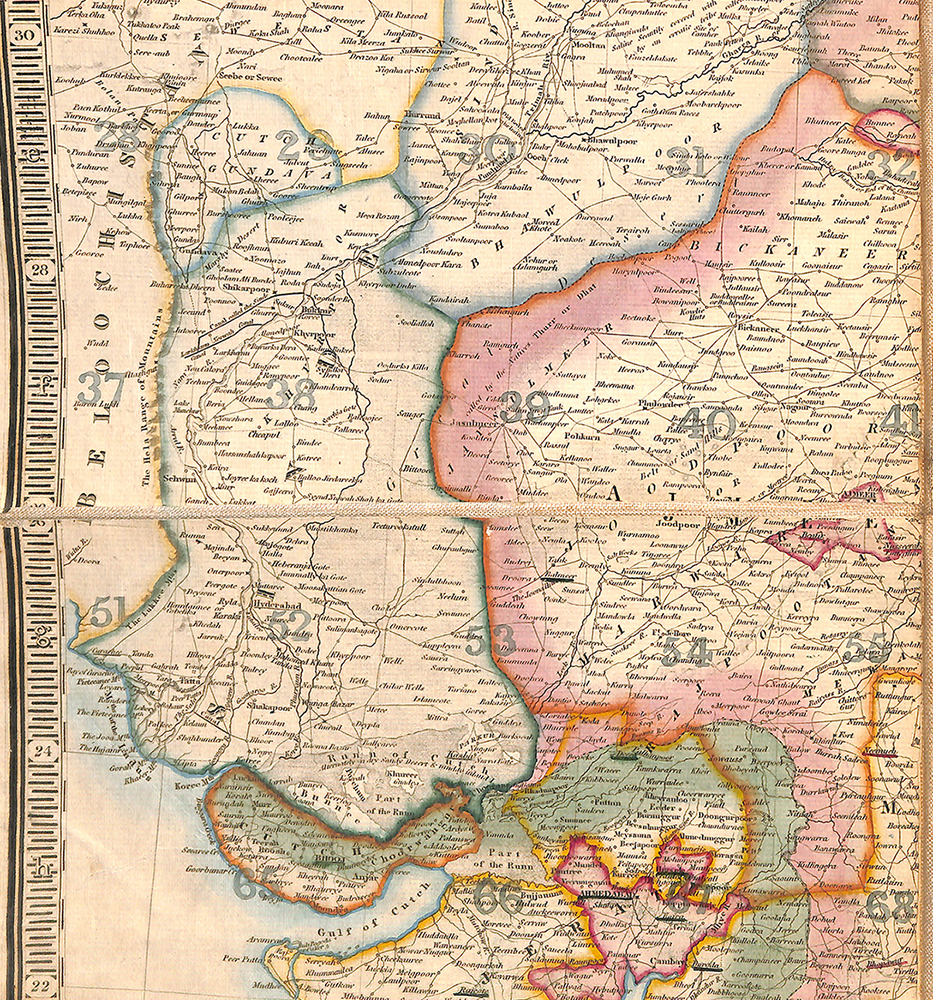