Many objects in our Special Collections contain a single record of a significant event. The inscription in the Bible, Object 32, records one of the most significant events in the life of John Curtin – the taking of the oath of office as Australia’s 14th Prime Minister, on October 7th, 1941, and is but one object that links two war time leaders who were also good friends.

Forming of the Curtin Government

On October the 3rd 1941, Prime Minister Arthur Fadden resigned after only 40 days in the position. The Leader of the Opposition John Curtin was summoned by  the Governor-General Lord Gowrie. The Governor-General then proceeded to obtain from Curtin assurances that the Labor Party could provide a stable government, and that a general election would not become necessary. Curtin provided the necessary assurances and was then commissioned by Gowrie to form a government.

These events occurred on a Friday afternoon. On the following Monday, Caucus met to select those members who would receive ministerial portfolios, and on Tuesday 7th October John Curtin and the 19 members of his cabinet assembled at Government House, Yarralumla, to take their oaths of office as Ministers and Prime Minister. 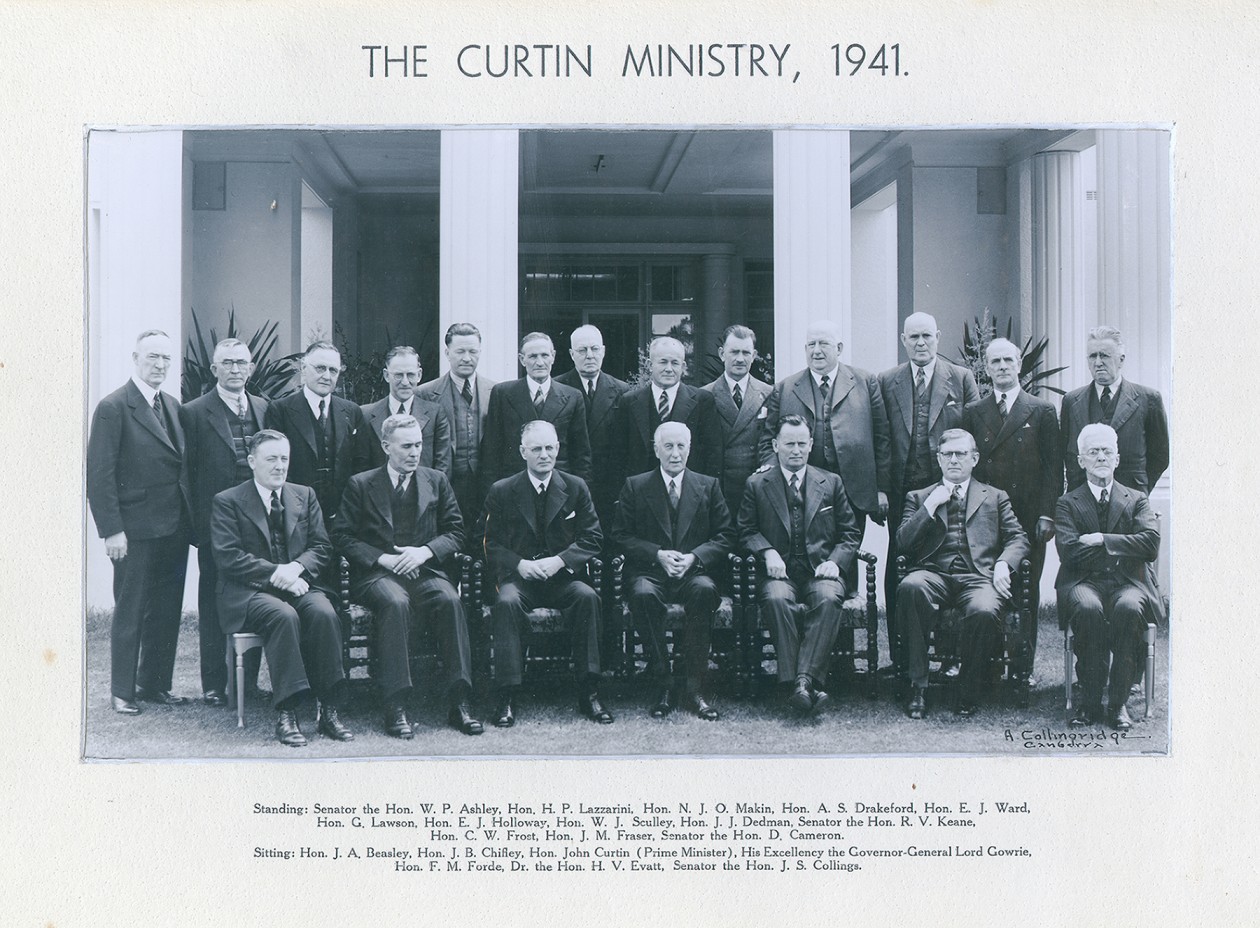 Oath on the Bible

The Australian Constitution requires those elected as Senators and members of the House of Representatives to swear or solemnly affirm their allegiances to the Crown ‘before the Governor-General, or some person authorised by him’. The prime minister, ministers and parliamentary secretaries make an additional oath or affirmation of office, and the Executive Councillor’s oath or affirmation.

His Excellency Brigadier The Rt Hon The Lord Gowrie, in his own hand, recorded the taking of the oath by Curtin. 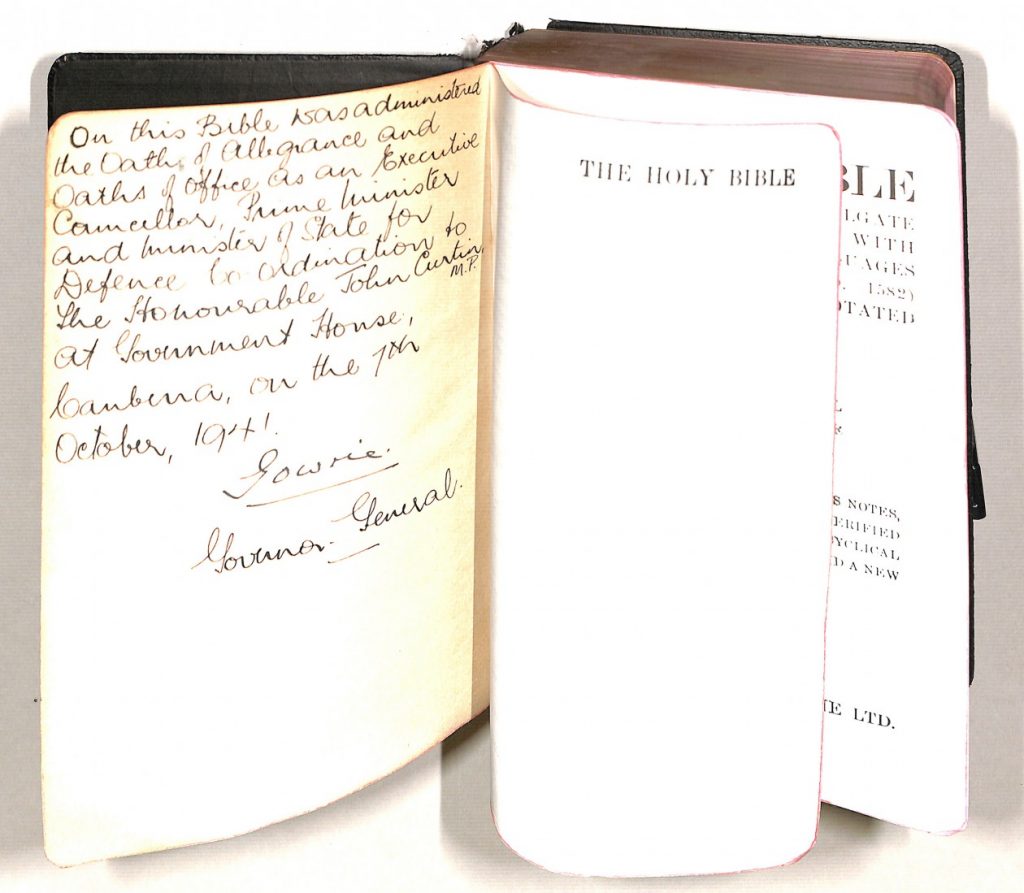 This formal inscription conveys nothing of the personal connection between the Governor-General and the new Prime Minister. Sir Alexander Gore Arkwright Hore-Ruthven, 1st Earl of Gowrie, served as Governor-General from 1936 until 1944, and came to know Curtin while the latter was Leader of the Opposition. This unlikely friendship between two men from entirely different backgrounds had grown during the preceding years when Curtin, often alone in Canberra during sitting weeks, would visit the Gowries to spend ‘quiet afternoons and evenings’ in their company (JCPML1219/31/5)

The JCPML collection includes personal correspondence between the two , and their wives, and several books given by the Gowries to Curtin. Perhaps the most heartfelt sentiment is seen in the inscription in JCPML453/60 Other men’s flowers, an anthology of poetry compiled by Field Marshall Viscount Wavell –

To the kindest and truest of friends

from Two others Gowrie and Zara Gowrie Sept 1944

Parliamentary Library – Oaths and Affirmations made since 1901