Last month we featured objects John Curtin received before and during his two overseas journeys. Object #20 is another special object that accompanied Curtin during many journeys – his briefcase JCPML00288/1. 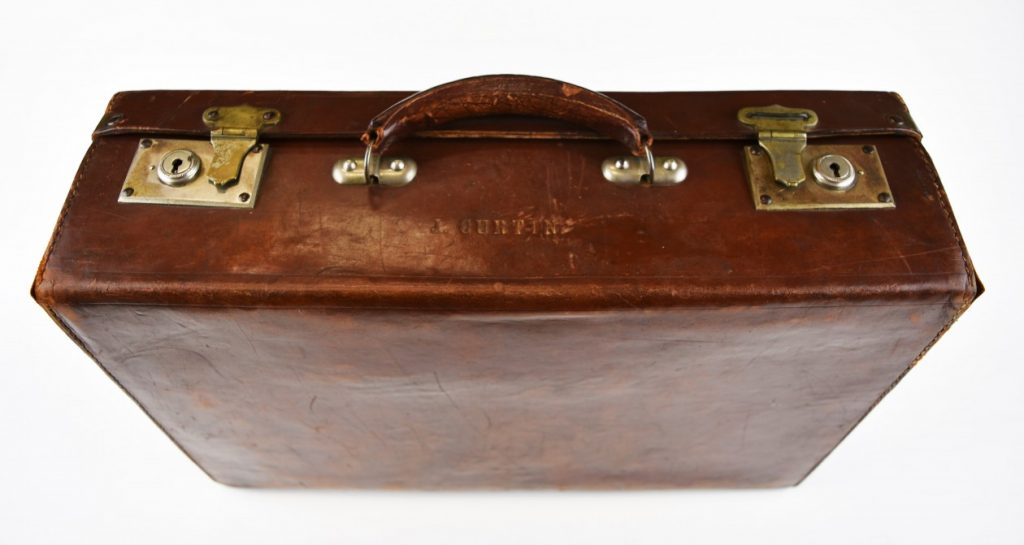 Between the wars leather travel goods were popular as gifts to mark achievements and farewells. Before his voyage to attend the Geneva conference Curtin was presented with a leather suitcase by members of the Australian Journalists Association in Perth, and a travelling bag from his colleagues at the Westralian Worker.

The Curtin briefcase is one of three leather briefcases held in the collection which date from the 1920s and 1930s; the other two belonged to Curtin’s friend and fellow Labor politician Alex McCallum. 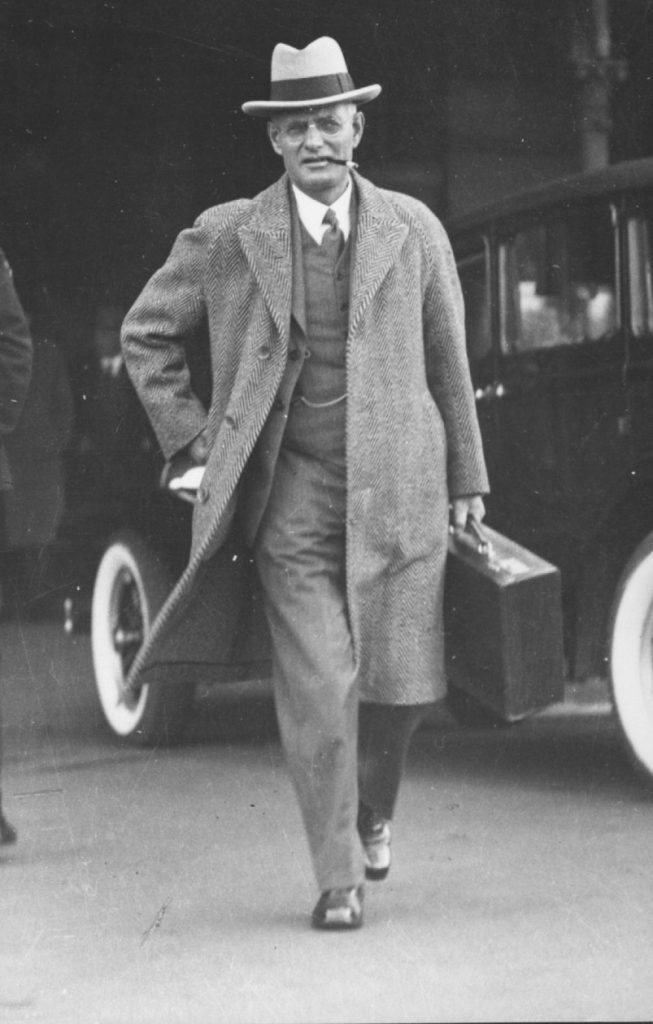 Curtin would have used his briefcase extensively. He travelled frequently during most of his working life, and even more so from 1928 when he was elected as the Member for Fremantle.  Parliamentary commitments required several trips a year across Australia by train. His son John Francis remembered him returning home with a case filled with books on loan from the Parliamentary Library  JCPML00855/1/8

Wear and tear on the Curtin briefcase shows that it covered a lot of miles and served its owner well. As with the other briefcases, it is now retired to the relative comfort of a custom made supportive box and housed in the cool quiet stacks of the John Curtin Prime Ministerial Library.